You know those mornings when you set your alarm extra early, but then you hit snooze again and again until it finally annoys you enough to you get up?

Apparently, this works on doctors too.

According to a new piece in the Atlantic, the Journal of Clinical Oncology recently published a new study finding that email alerts increased the chances of doctors talking with terminally ill patients about their end-of-life wishes and subsequently, making decisions about the care they desired. 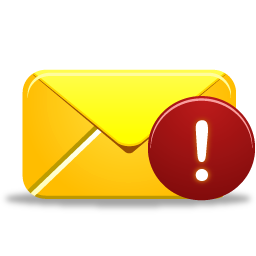 [The researchers] rigged a system where each time a patient began a new round of chemotherapy, their oncologist's inbox was spammed with messages reminding them to have The Talk. The emails got right to the point, beginning: "Your patient has recently been diagnosed with incurable lung cancer. If you have not already done so, this may be an appropriate time to begin a dialogue about his preferences for care at the end of his life."

Doctors who ignored or deleted the first email would continue to be inundated with reminders until they had filled out the section of their patient's electronic health record that dealt with their final wishes.

According to the Reuters Health report on the study, in the first year—which included 100 people with incurable lung cancer—the percentage of patients who had advanced medical directives went up from 15 percent to over 33 percent thanks to their doctors receiving e-mail alerts.

As Dr. Temel noted to Reuters, “Patients in the inpatient settings are in crisis, and it's a highly emotional state for patients and their families. Everybody thinks it's better to have these discussions when people are less ill."

This is why we created MyDirectives. By asking people to document their wishes before they become patients (!), we are seeing a sea-change in consumer empowerment – better communication with family and doctors and higher healthcare outcomes.  It is a “win” for all the stakeholders.

Just as Dr. Temel’s study proved, it only makes sense to harness the technological tools we have at our finger tips, such as e-alerts – today! MyDirectives, for example, sends an email to the people you choose to designate as your healthcare agent or proxy, which helps start the conversation.  You are notified when they accept or decline your request.  You get emails reminding you to update your emergency contact information and to make sure your medical treatment wishes haven’t changed.  The emails give you confidence your wishes are accurate and your family and doctors are grateful for knowing your wishes when/if necessary.