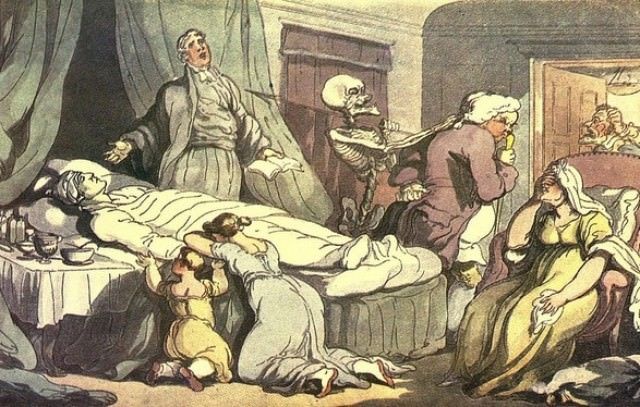 Doctors deal with death a lot more often than those of us who don’t practice medicine. For many specialists, it’s part of the job sometimes, and it inevitably colors the way they ultimately deal with their own deaths.

So when it comes to their end-of-life decisions, do doctors die differently than the rest of us?

Ken Murray, a clinical assistant professor of family medicine at the University of Southern California, examined this question in a thoughtful piece on Zócalo Public Square. His observations certainly provide food for thought. Murray highlights survey findings from a Johns Hopkins Precursors Study:

I discussed the tense, and often tragic, circumstances that surround many of the treatment decisions made in hospitals. Often, I noted, family members or medical staff effectively override the wishes of a dying patient. The studies I’ve found on this suggest that family plays a particularly big role in taking things in an unintended direction,especially when there’s nothing in writing[we added the italics].

Now that’s quite jarring. But also not entirely surprising. From our perspective, the question is, what do you do with this information? And we like Murray’s constructive conclusion on this matter and his advice for patients:

We don’t like to think about death. But that avoidance is one reason so many Americans fail to arrange an advance directive, even when they are severely ill. When patients of mine would come to my office accompanied by a family member, I often asked the patient how he or she wanted to die. I didn’t do it because the patient was on the brink of death, or even sick. I did it because I wanted the patient to think about the question and also to make sure that a loved one got to hear the answer [again, the italics are ours]. Unwanted futile measures, prolonged deaths, and hospital deaths remain commonplace in America and many other places. But they don’t have to be. It just requires our doctors and, no less, the rest of us to come to terms with the inevitable.