Start the Conversation With Your Family About Advance Medical Directives

"My own family struggled to discuss the care we each thought my ailing grandmother would want after she could no longer communicate clearly. This led to years of going back and forth between a nursing home and a hospital, causing stress, tension and guilt for the family. And now we're facing the same challenges again with my mother who suffers from multiple sclerosis." 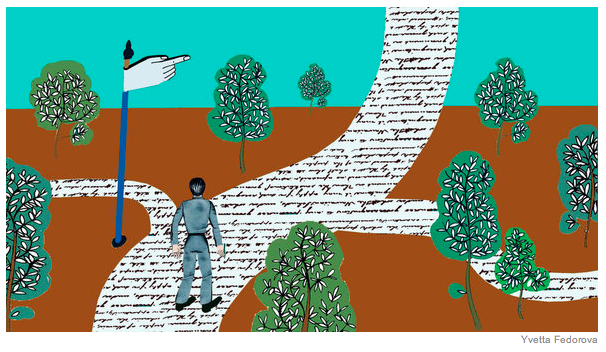 This week, Jane Brody wrote about the challenges of discussing end-of-life care and advance medical directives in a New York Times article that’s been passed around a few times on Twitter. Brody introduces us to Robert Laws, a retired judge, who with his wife “dutifully checked off various boxes about not wanting artificial ventilation, tube feeding and the like.” However, it turns out just checking the boxes may not get Judge Laws the care he really wants.

"For example, Judge Laws said in an interview, he’d want to be ventilated temporarily if he had pneumonia and the procedure kept him alive until antibiotics kicked in and he could breathe well enough on his own.

What he would not want is to be on a ventilator indefinitely, or to have his heart restarted if he had a terminal illness or would end up mentally impaired."

This is where communication comes in. Dr. Bernard Hammes, who runs healthcare advocacy training for the Gundersen Lutheran Health System and is author of Having Your Own Say: Getting the Right Care When You Need it Most, told Brody: “Conversation is very important for an advance care system to be successful. But it isn’t just a conversation: It’s three conversations.”

We here at MyDirectives believe these conversations are extremely important and should happen before a serious illness is contracted or an accident occurs. Conversations about advance medical directives are important at every age. They’re just as important at 18 when you’re headed to college or at 23 before being deployed in the military or at 30 when you’ve started a new family as they are at 65 or 70.

For tips on how to start the conversation with your doctor and your family now, check out the MyDirectives Conversation Starters.